Raindrops Keep Falling On Your Head? Invest in Branded Brollies! 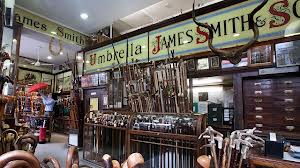 Have you ever been offered a complimentary umbrella in your delegate pack?

I recently attended a convention for social media video enthusiasts where those brollies could have lifted the mood and the satisfaction levels of the queuing delegates. Queuing delegates, you ask?  Well yes, we queued for two hours just to get in (apparently you “have to” expect to queue). Then we queued some more inside.

It may at first feel like clever PR to fail to correct (evidently misinformed) messages and events hype flying around social media.  A bit of mystery in the FAQ’s on the event’s official website always stimulates interest, right? Nope. Not when it leads to thousands of ticket-buying delegates queuing for hours beneath a sudden lashing monsoon-like downpour, all because we “have to” get there early to avoid disappointment.

With hindsight, I’m looking at those branded brollies from a completely fresh PR perspective.

If only the organisers of this convention had factored into the marketing budget the rather modest costs of branded brollies (a sponsor would probably have bitten off their hands for the opportunity). Then they could have sent their events and PR people out into the monsoon to hand out brollies as gifts (or at least “on loan until you get inside”), thus shielding their queuing (and paying) guests.

A convention or event is a happening, an interactive experience, which demands a proper welcome and some genuine hospitality from the hosts.

What an opportunity they missed for positive, feel-good PR and a great photo with a sea of branded brollies in a cheerful, Dunkirk Spirit” publicity shot!  Instead, they had to open the doors a bit early because of crowd surges and thousands of soggy-to-the-bone, tired, perilously chilled teenagers (and quite a few very miffed parents).

There’s so much more to successful PR for events than just pushing out loads of Tweets about ticket sell-outs and VIP speakers,  then declaring it all a roaring success when all the delegates turn up.

If you’re planning an event and want to know how to factor in all of the right PR touches, do get in touch via helen@affinitypr.co.uk Next time you’re near New Oxford Street in London,  I thoroughly recommendhere for an interesting hour at this umbrella manufacturer’s showroom.

Oh, and if that convention does need branded umbrellas for next year’s event, they can call Ben Lord atSpeedbird Promotions and he’ll help them out.

Why Googling yourself is not vanity but business sanity

You can’t please everyone

Restaurateurs need to polish the lily, not guild it

Raindrops Keep Falling On Your Head? Invest in Branded Brollies!

Will everyone please shut up?

Business success comes in all sizes

Get your customers talking about you

Pretend to care, or get out

Spreading the love – and why Awards win great PR

Time to celebrate – bring on the cakes!

Affinity PR is all grown up